On November 24th 2020, the Agency for Digitisation in Denmark introduced a new driving licence app, the Kørekort-appen. 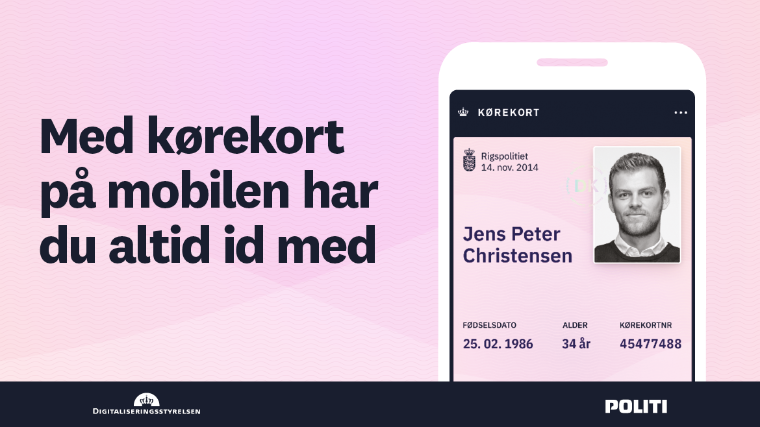 More than 737.000 verified identities in less than 2 weeks

The digital driving licence is activated by scanning one’s own passport into the app using ReadID mobile identity verification in order to obtain a verified face image from the passport chip. Next to ReadID, users also verify themselves using NemID, which is the Danish national eID solution. Early in December, the app was downloaded more than 737.000 times and is therefore considered a great success. “It clearly shows that there is a demand in the population for a digital alternative to the physical driving license,” says Minister of Transport Benny Engelbrecht in a comment. The driving license app is a voluntary choice for Danes, which according to the Minister of Transport will make it easier for both citizens and the police.

“It clearly shows that there is a demand in the population for a digital alternative to the physical driving license.”

The Driving License app is ready for download in the App Store and Google Play and can be downloaded by all Danes with a valid Danish driving license and passport. The driving license will be the first ID proof in Denmark to go digital. During 2021, the yellow health card will also be launched in a digital version.

Want to learn more about government-grade security for identity verification?