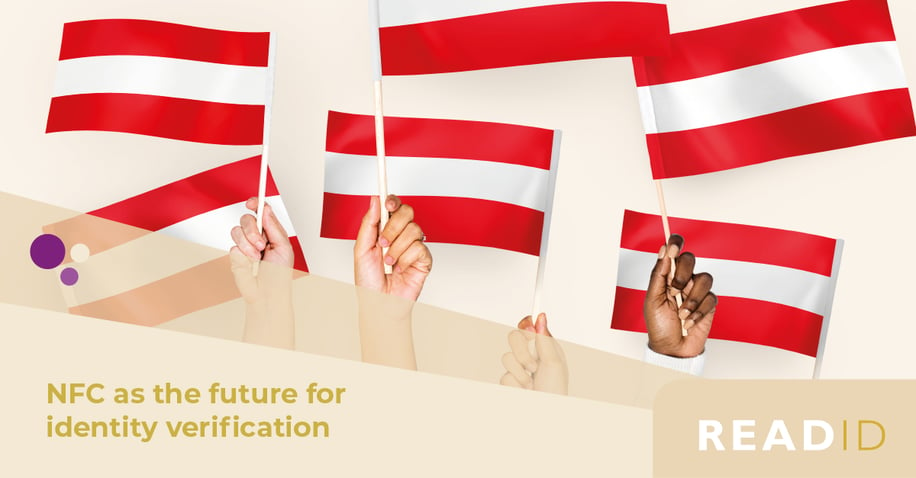 Regulatory bodies worldwide are embracing NFC as the future for identity verification. November 2, Austrian Financial Market Authority published the amended Online Identification Regulation that allows to use NFC and biometrics for KYC. More importantly: optical or manual verification will no longer be allowed from 2023 onwards!

With this step, Austrian FMA follows the steps that, for example, FINMA in Switzerland and HM Land Registry in the UK also took in 2021: promoting the use of trusted technologies for KYC and AML obligations. Using NFC and biometrics will make customer identification easier, faster and more cost-effective when compared to video verification.

"NFC and biometrics are compulsory from 2023 onwards"

FMA poses a number of requirements to the use of NFC and biometrics:

ReadID satisfies all these requirements: an evidence package can be compiled and we can verify the data on the chip using our country certificate list. We also have cloning detection implemented and the latest access technologies, such as PACE. We thus support the latest technologies fully. We orchestrate with biometric face verification partners such as iProov to complete the KYC process.

As a transition period, in 2022 financial institutions can still use the current process of identification. From 1 January 2023, NFC-based identity verification is compulsory in Austria for KYC and AML checks.  According to data we received from the Bundesministerium für Inneres, already 88,5% of all Austrian citizens had a valid passport in 2017.

This number has merely grown since then, also with the introduction of the chipped identity card in Austria. Worldwide, more than 160 countries issue e-passports, including the whole of Europe. Moreover, ICAO compliant identity cards are now compulsory throughout Europe.